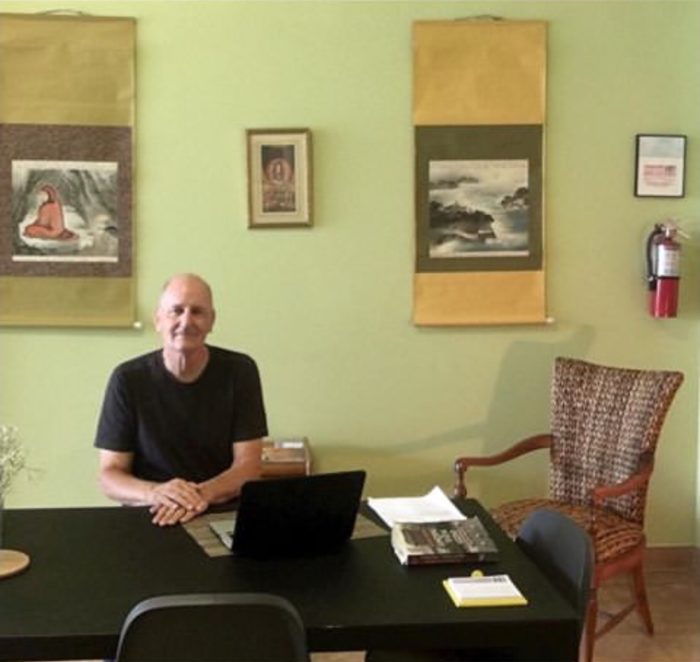 Clint, Elvis and Me

Once upon a time I thought my face somehow looked better with a sad expression.
I understooda the meaning of the term “sad”. (Now I have forgotten.) Being a product of the mass culture I even adopted a starring role in my own adaptation of “Being Sad”.
I learned from my early Hollywood heros: Clint Eastwood was my favorite actor.
I must have seen him in a dozen starring roles and never saw him smile once.
When I was 7 or 8 my grandparents took me to see Elvis Presley in “King Creole”. Today, I have a high regard for Elvis but in this movie he played a renegade teen loser. My young impressionable mind absorbed those images not fully understanding what being a loser implied. To me, at that point, it was just a new way of reacting to the world.  And he looked “cool”.  I wanted to be cool too. I immediately adopted his body language and mannerisms from that one viewing of the film.
Soon thereafter, back at elementary school, each student was asked to give a short presentation in front of the class. I was the only kid who had memorized his speech. I don’t remember the topic but I do remember what the teacher said afterwards. “William, your speech was excellent, once you got to the podium, but watching you walk to the front of the class I had some serious doubts.”
She didn’t realize that it wasn’t me who was walking with that bad attitude. It was Elvis’ character from the film King Creole. I had only mimicked his mannerisms.
I guess she hadn’t seen the movie or was unimpressed that the character had dropped out of high school. At the time I was in third grade.  Nobody drops out of third grade.
Years later while at the Univ. of Miami, my favorite philosophy professor, Dr Jack Painter, once asked:  “Why aren’t we ALWAYS happy?” At the time I thought it was a stupid question. It was only just recently I came to understand all of this.
Being an Elvis fan I had ordered a few of his old films from Netflix. Viva Las Vegas, Blue Hawaii, and King Creole. He seemed to have it all. When he needed a break from the action he would grab a guitar and launch into a song. In the first 2 of my films Elvis portrayed happy fun loving young men and decent role models. Ann-Margaret was his co-star in Viva Las Vegas.
Then I loaded the King Creole disc, the instant the images appeared I flashed back to being 7 or 8 in that little theater in Atlanta, Ga. Thus prompted, I had a big understanding….What if instead my grandparents hadn’t taking me to see Viva Las Vegas? I may have adopted a different vision of the world. John Travolta?
It would be a long time before I came to meet some people whom I felt lived authentically in this world and trust was not immediate. I think I signed up for my first retreat using an assumed name.Did I forget to include that my mental malajustments at that time also included anxiety?
But soon I came to believe that my new buddhist friends were genuine and could possibly show me a better way.
First, the deeply ingrained belief in the reality of the egocentric worldview and its associated feelings of separation had to be let go of. This took some time.  Like a young bird hatching from it an egg, eventually, the harder than steel, ego “shell” was cracked open. Once outside the shell I mimicked every mannerism of my teacher, Soan.  If he drank tea I drank tea.  During kinhin if he stepped with his left foot, I stepped with my left foot and  it was not enough to have our steps in unison. I also made a great effort to place my foot on the exact spot where his had been. I bow to his patience.
Long ago, I let go of feeling sad.  I have deep compassion for Clint.
Some of his later films have a certain warmth but I still wonder if he knows how to smile. Several years ago there was a class on Key Biscayne called Laughing Yoga.
We got together and laughed for an hour. There were no jokes or anything we just laughed. We would start with a “forced”  laughter but after a time it just became so genuinely funny we could not stop.  It was wonderful!!!
It was great therapy. In this stress filled society we do not have the opportunity to laugh enough. So PLEASE lets try to laugh MORE.  “Clint is my hero.”  This will be our cue.  Deal?
“Clint is my hero!!!”
Ha Ha Ha Ha Ha Ha, Ho Ho Ho, Hee Hee………
Thanks to the third grade teacher.
Review our schedule  here.
Written by: Bill Durham